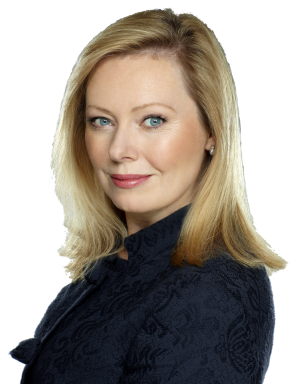 Ffion Hague spent six years in the Civil Service Fast Stream and began conducting board appraisals when working on evaluating the performance of the boards of NDPBs and Next Step Agencies. Since leaving the public sector in 1997 she has worked as a director of Arts & Business, a national business charity, and has sat on many major non-profit boards including The British Council, Action on Addiction, Outward Bound, The Voices Foundation and the London Symphony Orchestra Advisory Board.

Ffion has been evaluating the effectiveness of boards for over fifteen years and founded Independent Board Evaluation in 2008. Between 2003 and 2008 she was a director and shareholder at Hanson Green, a top-level non-executive search company, where she built up the board evaluation practice alongside her search activities. Since 2008, Ffion has focused exclusively on board evaluation in the UK and internationally, running her own practice, Independent Board Evaluation and working with clients in the FTSE 100 and 250 together with private, not-for-profit and public sector organisations.

Ffion has been a trustee of English National Opera. In 2008 Ffion published her first major book, “The Pain and the Privilege”, a biography of the women in David Lloyd George’s life which has given rise to many broadcasting projects, including the BAFTA Wales-winning documentary “The Two Wives of Lloyd George” (2009) and a six-part series, ‘Mamwlad’ for S4C. In 2010, Ffion was elected an Honorary Fellow of Harris Manchester College, Oxford.

Independent Board Evaluation was founded by Ffion in 2008 and is an independent consultancy working exclusively on board effectiveness reviews.

The Pain & The Privilege